The fan impeller consists of a hub and a plurality of fan blades. The fan blades on the hub can be arranged in three different ways: forward- curved, backward- curved or radial. [10]

As shown in Figure 3 (a), the forward curved blade bends along the rotation direction of the fan impeller. These devices are particularly sensitive to particulate matter and are usually only suitable for clean air applications such as air conditioning. [22] front bend fans are usually used in applications where the static pressure of blade axial flow fans is too high or smaller centrifugal fans are required, but the noise characteristics of rear bend fans will interfere with the space. Compared with vane axial fans, they can provide lower air flow and higher static pressure increment. [23] they are commonly used in fan coil units. They are less efficient than backward curved fans.  [24]

As shown in Figure 3 (b), the bending direction of the backward curved blade is opposite to the rotation direction of the fan impeller. Smaller blowers may have backward sloping blades that are straight rather than curved. The larger tilt back / curved blowers have blades, and the rear curvature mimics the wing cross-section, but both designs provide good operating efficiency through relatively economical construction technology. These types of blowers are designed to handle airflow with low to medium particle loads [need to be cited]. They can easily be fitted with wear protection, but some blade curvature may be prone to the accumulation of solids. [reference required]. Backward curved wheels are usually heavier than the corresponding forward curved wheels because they run at higher speeds and require a stronger structure. [25] 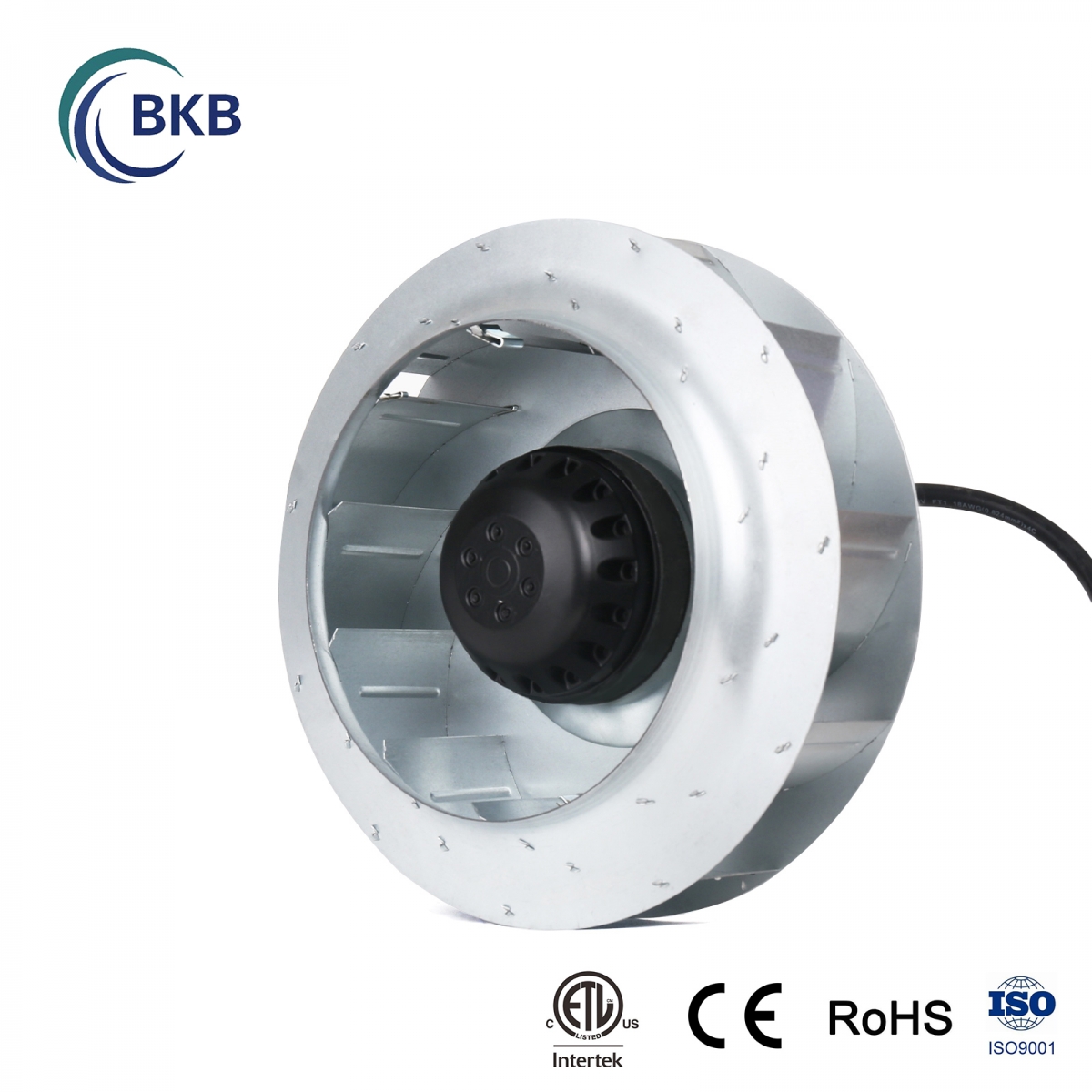 As shown in Figure 3 (c), the impeller blade of the radial blower extends directly from the center of the hub. Radial bladed wheels are usually used for air flow containing particles because they are least sensitive to solid accumulation on the blades, but they are characterized by greater noise output. High speed, low capacity and high pressure are common in radial blowers [need to be cited], which are usually used in vacuum cleaners, pneumatic animal material conveying systems and similar processes.